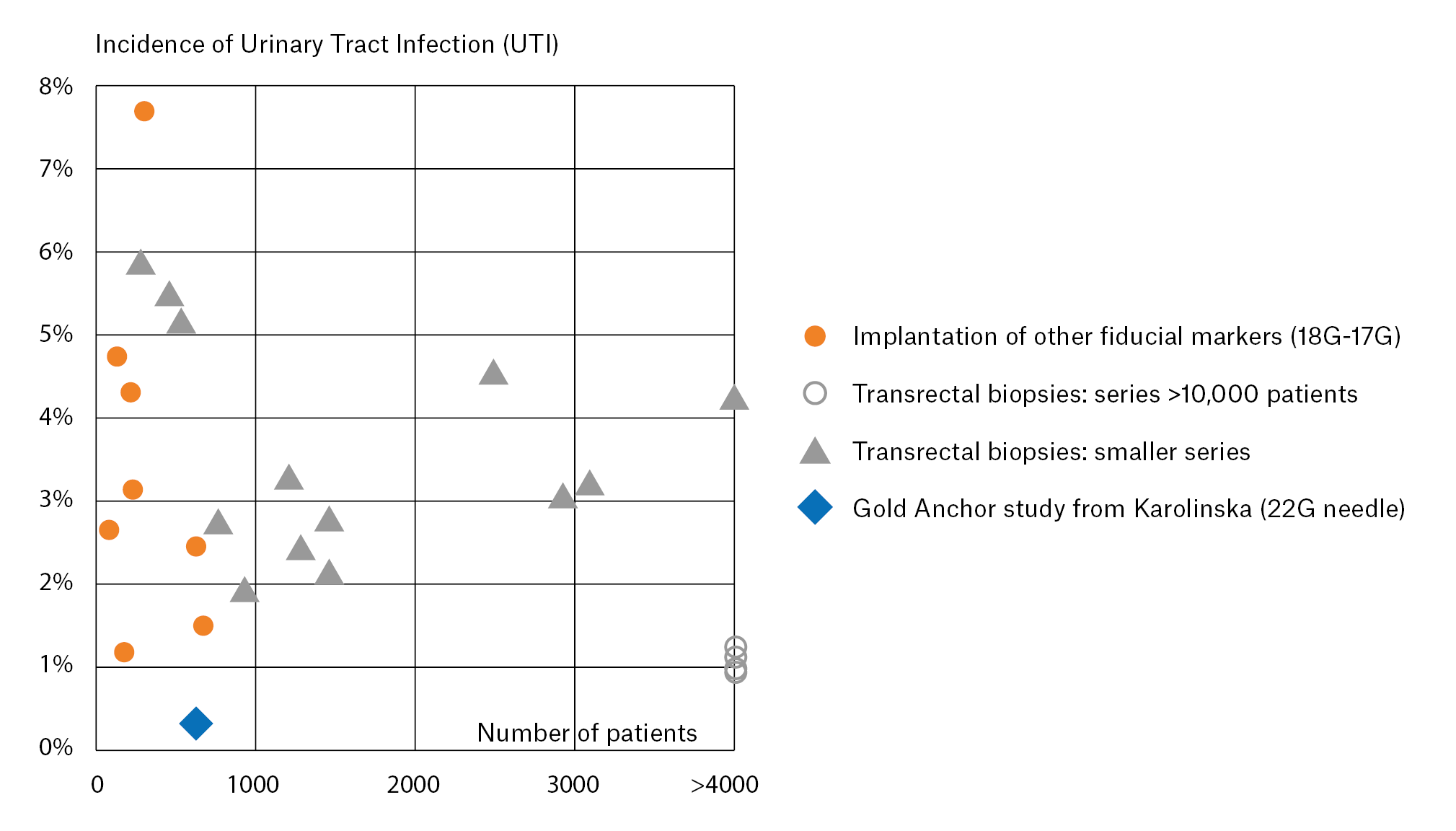 We are happy to share this new study about Gold Anchor from the Karolinska University Hospital in Stockholm, Sweden, with you.

In 621 consecutive prostate cancer patients, the frequency of urinary tract infections (UTI) and marker loss was evaluated after transrectal implantation of three Gold Anchor ™ (GA) fiducial markers using thin 22 gauge needles. The patients prophylactically received a single dose of non-broad-spectrum antibiotics two hours before the implantation. The occurrence of UTIs, sepsis, hospitalization due to infection, and marker loss after implantation was assessed from the medical records containing notes from physicians and nurses from the day of implantation to the end of 29 radiotherapy treatment fractions. UTIs occurred in two (0.3%) of the 621 patients. Neither sepsis nor hospitalization was noted. Loss/drop-out of three markers was noted among 1,863 markers implanted, all due to placement in TURP-cavity.

Conclusion: The use of thin needles for the implantation of fiducials appears to reduce the rate of infection despite the use of a single dose of non-broad-spectrum antibiotics as prophylaxis. The marker construct appears to provide stability in the tissues. 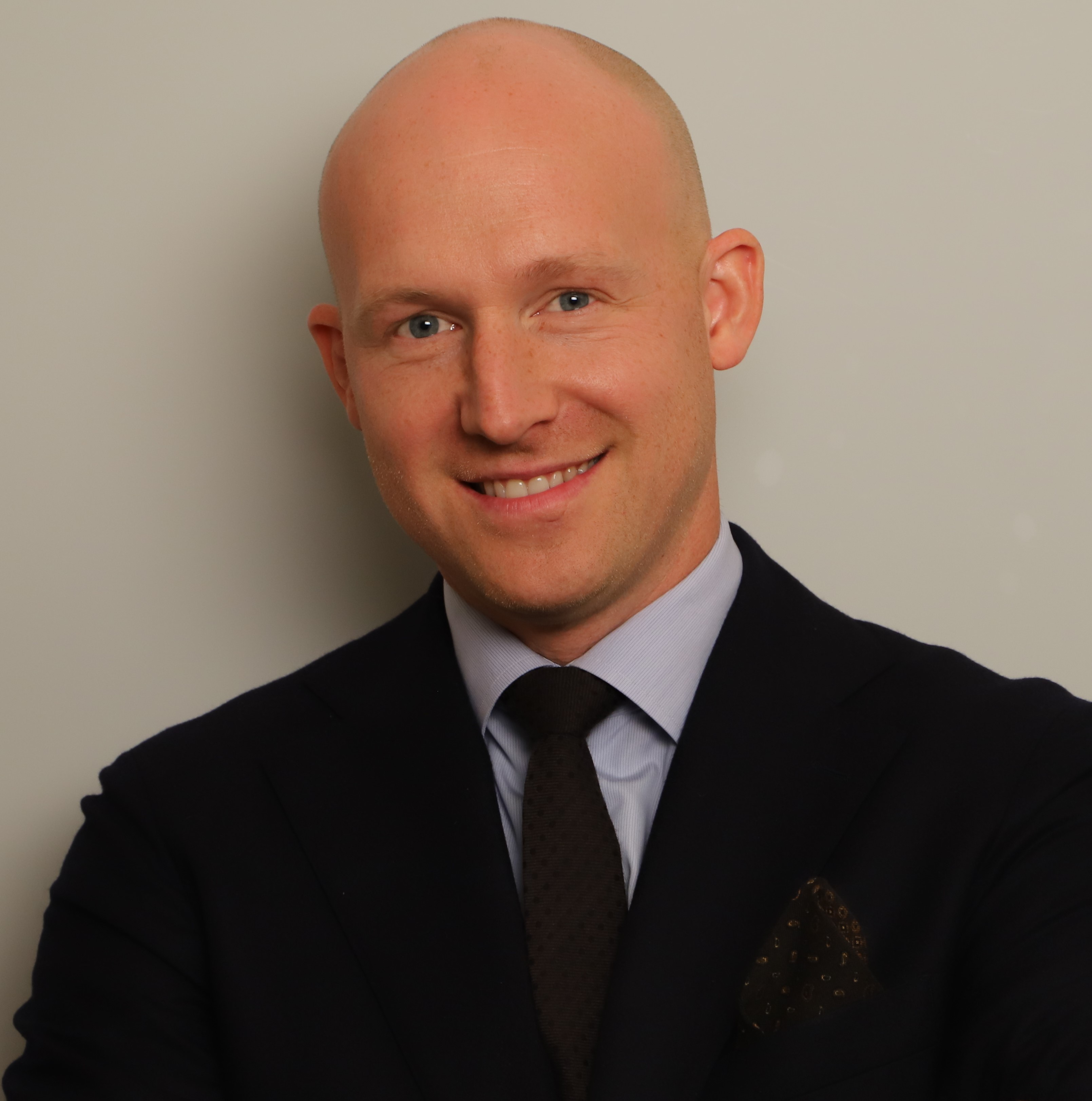